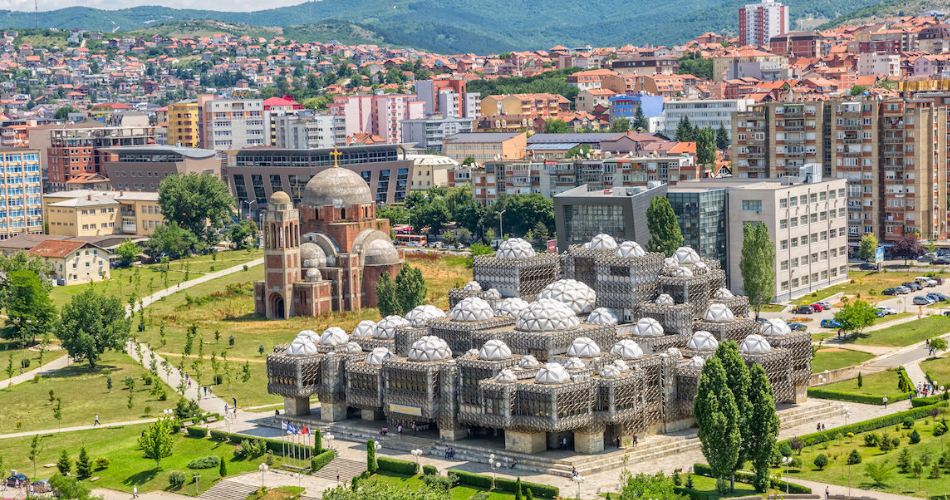 Meanwhile visiting Kosovo, we start our adventure in welcoming Kosovo, at the heart of the Balkans, walking & exploring the most notable’s sights for five days.

In Kosovo the influence of east and west is intertwined, Christianity coexists with Islam. A place with a difficult history that was ruled by the Roman Empire, various Byzantine kingdoms, and the Ottoman Empire. After World War remained under the rule of Yugoslavia till 1999, when the NATO bombing came under the international protectorate. From 2008, Kosovo is an independent state.

Since the ancient times until the middle ages, it was known as Dardania and included the territories of Northern Macedonia and Southern Serbia today. Kosovo is a country of geographical and cultural contrasts with a thousand years old diverse cultural heritage. There are nearly 11,000 km² and around 1.8 million inhabitants, a mixed population of which the majority are ethnic Albanians.

A landlocked country, Kosovo is surrounded by almost all sides of the mountains through which the border crosses with neighboring countries. This cultural tour is designed to Discover Gracanica, Prizren, and Pristina; orthodox churches, culture, and history; mosques; monasteries likewise other important buildings.

Unlike stereotypes and prejudices that you could hear about unknown places, in Kosovo, you will be surprised by the tolerant and very welcoming spirit of the people. Certainly, this is also a place where you can enjoy delicious meals of international, oriental and traditional cuisine.

Accommodation in hotel and meals as written in the daily itinerary; group airport transfer and other transports required by the itinerary; all entrance fees; skilled tour leader.

The group will meet at Prishtina Airport before transferring (40min) to the district of Prishtina. After accommodation, you will have a short walk through the city. Lunch is provided at a very special restaurant when you will try traditional food. The afternoon is left open to rest and explore this unique area. Perhaps take a walking tour with our guide to become more familiar with the city.

Day 2: The attraction of Rugova Canyon.

Today we wake and enjoy breakfast before driving (2hrs) to Peja – the city of attractions. We will visit Ujëvaren e Drinit and then Radaci Cave which is close to the waterfall. After having spent some leisure time at the White Drini Waterfall we drive into the city where we have a very delicious lunch.
After lunch we drive through Rugova Canyon to try a really great adventure that gives a high adrenaline to everybody – Via Ferrata, a protected climbing route found in the Alps and certain other locations. Using a via ferrata kit, climbers can secure themselves to the cable, limiting any fall.

Today’s trek starts with an early breakfast before we head off on our first full day of trekking. The walk is relatively short which passes through the beautiful Kuchishte and Drelaj’s lake. We start walking at Guri i Kuq Restaurant and go gently upwards south along an unpaved road, later becoming a hiking trail marked with red circles.
After approximately one-hour hiking uphill, we reach an amazing glacial lake. The locals call it Liqeni i Kuçishtёs. We stay here for a short break and good opportunity to take some photos then continue walking for another half an hour to the second lake, Drelaj Lake and a possibility to swim.

Day 4: A lovely day in Prizren.

Our lovely day exploration takes us to many of Prizren's most notable sights including the Castle of Prizren; the Church of Our Lady of Ljeviš, a UNESCO World Heritage Site; Sinan Pasha Mosque; the Old Stone Bridge, which dates back to 16th century; the Gazi Mehmet Pasha Hammam and others interesting sights if time permitting. We are certain to enjoy this very special place where we spend one night on our way into the city. With its rich cultural heritage, café and mountain backdrop, Prizren is Kosovo’s best city to be visited.

After breakfast, our adventure ends with a private transfer to the airport, ending our exciting trek in the heart of the Balkans.

Although we try to do our very best to carry out the schedule written above, this itinerary of Vitit Kosovo tour is subject to change for some reasons beyond our control. This is a 4-day trip, however, we can make it even longer. 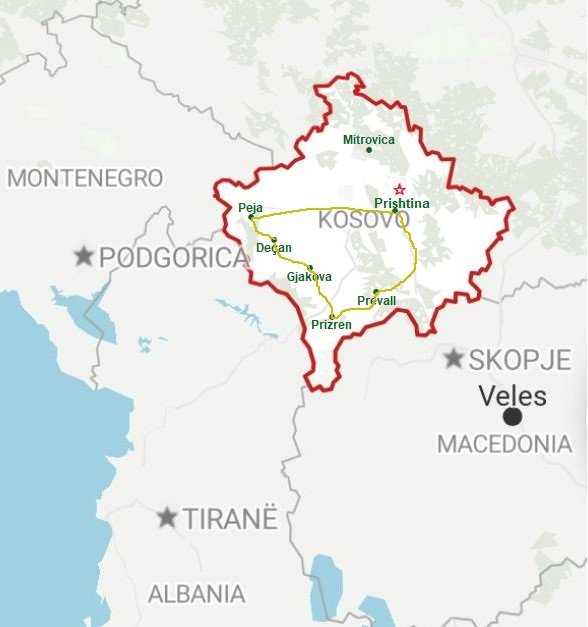 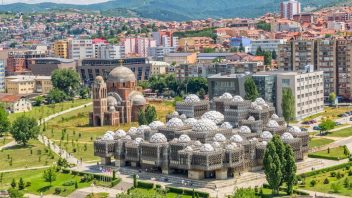 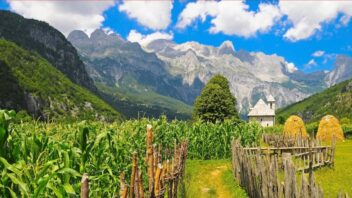 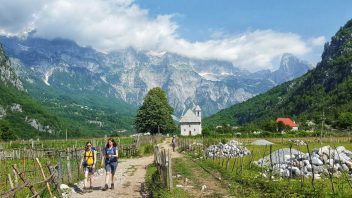 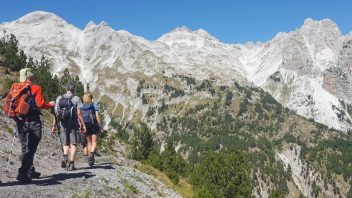